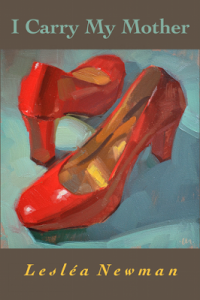 Last year, I watched my mother lose her mother. As my grandmother approached hospice care, we sorted through her stuff. My grandmother hoarded things: coffee mugs, clothes bought from garage sales, cookbooks, newspapers. My mother and her sisters spent weeks clearing out half a duplex stuffed with our matriarch’s many belongings.

My grandmother saved many things, including items from her own mother—my great-grandmother. On the day I visited the emptying house to divide up items with the other grandchildren, I found my great-grandmother’s purse stuffed in a drawer, full of what was in there when she died in 1990—a full wallet, pens, tissues, all the items intact.

For 25 years, my grandmother was unable to go through her mother’s purse; it must have been too painful, so there it sat in the drawer, a layer for the next generations to sort through.

It felt almost morbid to go through the purse, so I didn’t. It felt like a relic of a great-grandmother who I never knew. I told my mom what I had found. She told me to close the drawer; we would deal with it later. It was still too much.

Feminist literature helps us document the experiences of women, both within families and outside of them. Lesbian feminist writers like Lesléa Newman often write about both—chosen families and families of origin. Motherhood and daughterhood carry significant social capital for women, and because queerness can disrupt or revision each role, motherhood and daughterhood are discussed at length in lesbian and bisexual women’s literature.

You may know Lesléa from the 60+ poetry and prose books she’s written including the notable Heather Has Two Mommies, a book featuring a queer family published, amazingly, in 1989. Lesléa Newman’s newest book, I Carry My Mother (Headmistress Press, 2015) is about her mother’s sickness and dying process, her mother’s passing, and her mother’s absence. It is also a book about being a daughter.

“Yes, we had fought with great fury/Yes, we had kissed and made up/Yes, I had moved far away from her/Yes, I remained very close to her/Yes, that day I was looking at her/Yes, she was still and unmoving/Yes, she was dressed in a shroud.”

I Carry My Mother starts with an epigraph of some rhyming lines written by Lesléa’s mother on her deathbed. We learn that poetry is perhaps one of things besides DNA and experience that Lesléa and her mother shared.

Many of the poems are inspired by the works of very famous poets: Emily Dickinson, William Carlos Williams, Christina Rossetti, Robert Frost, and others. One wonders whether these poets were favorites of Lesléa’s mother, or whether they were poets that her and her mother enjoyed together.

As women, we are conscious of the ways our lives rhyme or do not rhyme with our mothers’ lives. Lesléa’s poems highlight these patterns and dissonance. “I am beside her and beside myself//I am an orphan and not an orphan/I am a daughter and I am not a daughter/I am a child and I am not a child//her daughter/her child.” What words do we use when the roles have reversed? What words do we use for a woman who no longer “has” a mother?

Poems about grief are poems about loneliness and longing. In the first full poem of the book, “Safe Passage,” Lesléa writes, “She sets sail alone,/no one knows where/she is going/…I am buoyed/by her love/which floats between us/like a lifeline.”

After “Safe Passage,” one of the minority of free verse poems in the book, Lesléa delves into a section of 15 short rhyming poems, all the same length, which provide some backstory on her mother’s terminal condition. She continues with the poem “Thirteen Ways of Looking at My Mother.”

When someone dies slowly, we do so much counting—how much has this person eaten, what time were they given their medicine, how long were they awake, how much do they weigh now? Finding things to count is what many of us do to feel in control, so it makes sense that there would be so much counting in Lesléa’s poems.

Lesléa also has written an abecedarian and a ghazal focusing on the word “mother.” There are mentions of her father and of doctors, but the book is singularly focused on observations of her mother and their bond.

One of the things that strikes me most about this book is how present it remains. It doesn’t dig up old conflicts, which might be easy to include in a book about a parent. The words are present, clear, and direct, pouring through the poetic forms. The book pays witness to a mother’s suffering and passage.

As poet Carina Gia Farrero reminded us at a reading in Milwaukee this summer, one way to handle grief is to sew it into your life’s fabric.

I Carry My Mother is a journey through grief, slogging through it as we do, making meaning. The poem “How to Watch Your Mother Die” is a list of instructions, ironic because there are no instructions to dying, to loss, to grief and filling in the space a person leaves.

Many have stories like this, the daily visits to someone close to the end. The patterns, the rhythms of daily care, the nurses’ schedules. Then, at the end, the machine of the body, the bellows, the death breath. As we lose the person, we lose the comfort that repetition provided.

The third section of the book takes place after Lesléa’s mother dies. It is about the funeral and remaking one’s life after a loss. When you visit someone day after day, waiting, in a sense, for them to die or for a miracle to happen, what do you do with your time once they’re gone?

Lesléa does not give us instructions for loss—she cannot—but she shares with us her experiences, her longing, her belonging, her remembrances, and what it means to carry someone. Lesléa reaches into her mother’s purse and pulls out the tissues, the pens, the cigarettes, the receipts. She reaches in bravely and says, “I carry my mother.”

Lesléa (pronounced “Lez-LEE-uh”) Newman is the author of 65 books including A Letter to Harvey Milk, Nobody’s Mother, Hachiko Waits, Write from the Heart, The Boy Who Cried Fabulous, The Best Cat in the World, and Heather Has Two Mommies. She has received many literary awards including Poetry Fellowships from the Massachusetts Artists Fellowship Foundation and the National Endowment for the Arts, the Highlights for Children Fiction Writing Award, the James Baldwin Award for Cultural Achievement, and three Pushcart Prize Nominations. Nine of her books have been Lambda Literary Award finalists. Find her at www.lesleanewman.com.